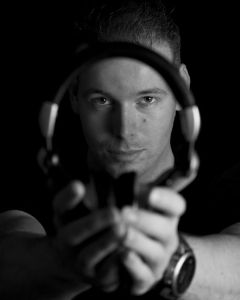 Besides releases on Zoo Records, Sur+, Fresh beats, Subsonic Muzik & Nasty Productions he raised up and releases on his own record label called 'iLektrik' which is growing bigger everyday.

With winning a couple of (dutch) DJ contests and following a special 'scratch' workshop this guy knows what he's doing when he's on stage.

At last but not least, he would like to thank everyone for the opportunities, trust, new friendships and great support during past years! Being in the business for more than 20 years Yorick has a lot of references: clubs like Complex, The-Return, Highstreet, Dixies, Re-loaded and Zalinaz. But also events like Bass Rave, Sunglow Festival and Daylight festival. 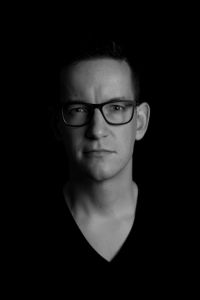 Dustin Hertz, also known as Pieter Leijten, is a Dutch DJ/producer of jump-, tek- and freestyle music. He started DJ-ing in 2000, at the age of 18, at local establishments, mainly focusing on commercial dance music. After a few years, as a result of playing at venues near the Belgium border, it was the sound of Jumper Records that caught his attention. Tracks by Da Boy Tommy and Da Rick were big hits at his residency. It was that unique blend of hard hitting beats and catchy riffs that made this sound popular for the bigger crowd.

In 2004, it was that same energetic sound, that motivated Pieter to start focusing on jumpstyle. Importing vinyls from labels like Babaorum, Atomic Techno, Zoo Records, Jumper Records, but also Dutch label Square Beats, was his top priority. With Toff Music as his supplier, he was able to always get that unique record.

Due to the great demand for jumpstyle DJ’s at that time, Pieter had the opportunity to play at a large variety of venues. To name a few: Complex (Sint Niklaas, BE), Cherrymoon (Lokeren, BE), Zalinaz (Etten-Leur, NL), Hangar 1 (Oostende, BE), The-Return (Vosselaar, BE). But also festivals and other parties were on his agenda.

After the commercial meltdown of the jumpstyle scene, Pieter decided it was time to focus on producing. He got in touch with artists like G-Swatt, Pat B, Ransom, Clayton Cash and Yorick, cooperating, learning, remixing and having fun with music productions. Eventually he altered his DJ name into Dustin Hertz to represent his own perception of jumpstyle (nowadays widely known as freestyle). Now, as part of the iLektrik family, you can spot him behind the decks at a wide variety of parties, doing what he loves doing: DJ-ing! 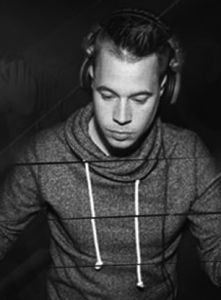 Clayton Cash, also know as Michael Schuring is born on the 17th of may 1984 in a small village in the Netherlands called “Oudenbosch”
From the day he was born music was a red line in his life. His father was working for the biggest record company of the dutch named ARCADE.
We all know the famous compilations TURN UP THE BASS and THUNDERDOME.

As a young boy he was sold to this harddance music.
When he was able to visit the harddance clubs in Holland and Belgium het got inspired by the preforming artists.
From that day he decided that it was time to realy get into the music.
He started spining vinyl`s and a couple years after that he begun to produce to create his own music.

After he signed his first record 2 years ago on the Belgium record company SUR+, he had several releases and appeared on compilations like “Reverze” “Explosive Cartuning” en “The OHstyle” Nowdays he stil works hard to take his productions to a higher level. 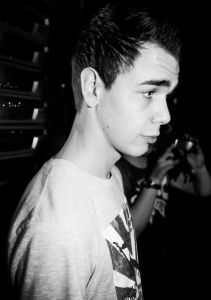 Across the border from Mortsel (Belgium) we have the upcoming artist called Draft (Matthieu Gijbels). In the scene for a short time, but he has already made a good start and we believe he will do bigger & better things in his upcoming career.

Previously he and Qrank did the producing together under the name Qonverterz. Nevertheless they produced more and more for themselves.
By trial and error he got into the game of solo producing and got in touch with G-Swatt.
After a long period of contact things are running more smoothly now and all the hard work paid off with his deserved first release signed on iLektrik.

His EP called 'Wonderland' was a great success and came running into the charts like an athlete going for gold.
Soon his second release 'Living Stereo' will be ready and we can't wait to release it.
We have said enough, but to keep it short: Keep an eye on this guy! 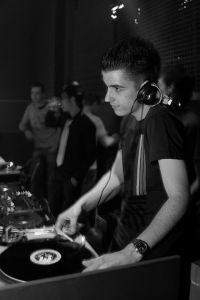 DJ and producer Ransom (Remko van der Steen) is well known for his versatile approach to the genre. His hits such as 'Bad Girls', 'Never Stop' and 'Ass Up' are direct proof of his skills to both feel and surprise his fans. While he normally makes his appearance high above the crowd, he is very much ‘one of the guys’.

Not so long ago he surprised the current freestyle scene by bootlegging 'Dune - Are You Ready To Fly' and 'Party Animals - Aquarius'.
He took the original tracks back to his hideout, combined them with his stabby synths, fat kick and gave it that extra drive which is making the crowd going crazy.

Rising from the rapidly expanding hard dance scene, Ransom is claiming more and more a top position on parties in the Netherlands, Belgium and even Spain!
With a lot of experience he has gathered at the clubs like The-Site, The-Return, Q-Nation, Zalinaz & De Graanbeurs he knows how to attract the people and keep them dancing. During a DJ set by Ransom you can expect a mix of a wide and diverse scale of tracks. He likes to play the latest releases, his own songs, the best classics, and certainly won't forget his iLektrik friends!